I decided to combine February’s shopping summary with a bit of a life update. Why? Because it makes more sense why I am under budget this month.

As I shared in my newsletter last month, we go the news that our transmission was going out on the van. It was not unexpected news and after weighing the pros and cons, we decided go ahead and replace it. Yes, it is a costly repair but it is far cheaper than buying a new vehicle – especially since we don’t have any vehicle loans. We are hoping this repair can get us a couple more years out of this vehicle. That is to be seen, but we are hopeful.

I had been driving the van just to and from school and limiting my errands as much as possible, as it would randomly rev and act up on me. Two Sundays ago, I got ready to leave for church with the kids (my husband was out of town at a basketball tournament) and the van totally died on me – no power or anything. Thankfully, I was still in the driveway when it happened. So, last Tuesday, we took the van into the transmission shop. That meant we are down to one vehicle which really limits my shopping!

Thankfully (yes, again), Nathan and Emma attend the Lutheran school where Andy teaches, so he takes them in every morning. Emma’s been staying for extended care a couple afternoons (which she absolutely loves!), and Andy brings both kids home again. I had the car two days, but that means I am doing drop off and two pick ups, so it is not always worth the time. Mostly, I have just stayed home with Caleb and Lily.

We are hoping that we get the van back (completely fixed!) this week, but we don’t have a return date yet.

One more thankfully? We have the money for the transmission repair, and an almost fully funded car fund that we can replace a vehicle. Knowing we have money in savings makes big purchases like these SO much easier. No one ever wants to replace a transmission, but when the money is there, you can do it.

Since I have been staying home more, I really shopped less in February. Here are my February totals.

My monthly budget is $425. I ended the month being $18 under budget. I went ahead and counted a produce trip at Meijer from the beginning of March, because I had plans to do that trip in February – but just couldn’t get there with one vehicle. There was a state basketball tournament this past weekend so my husband was busy there, coaching and running the tournament, while the kids and I were at home. (Our junior high boys won the state tournament so it was an exciting weekend for us!)

Since I knew I wouldn’t be shopping as much, I made sure to stock up whenever I did shop. I always bought extra milk and eggs. As I’ve said before, this is just one of the reasons I believe having a stockpile is important!

Here is a look at my first big Walmart pick up order of the month. (If you haven’t tried Walmart pick up yet, I’ve become a huge fan! You can get $10 off your first $50 order when you sign up here.)

I bought lots of dairy (always), as well as some produce and baking goods. I can’t believe I am saying this, but I now use generic chocolate chips! When I can get a 24 ounce bag for $2.87, I’d be foolish not to. I still like Nestle, but the generic ones are pretty good! I spent $50.18 on this Walmart trip. 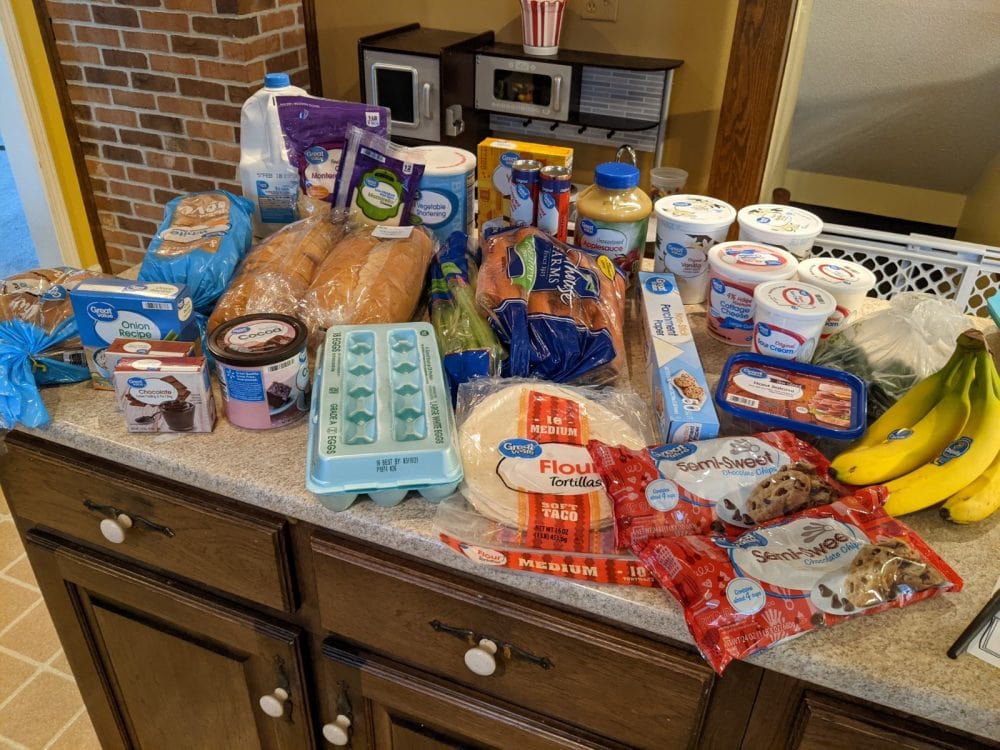 Kroger was running their “Buy $40, Get $10 Off” deal in the baby aisle. Unfortunately, it didn’t include the biggest boxes of Kroger diapers like it normally does, but it included the medium boxes. I needed more diapers for Lily so I went ahead and bought 3 boxes for that deal. That was my $48 trip to Kroger. I also bought 5 pounds of butter for $1.99/lb. That was after I went to Kroger the day before (on a different sale day) to stock up on produce and other deals. Those were the two days I had the Tahoe so I made the most of them.

We have an Amish bulk store that I used to walk to, when I lived in Grabill. Now, I drive to it every other month or so. They have great deals on bulk spices (I bought cinnamon and vital wheat gluten this time) – as well as my favorite chai latte mix. It is the only tea I drink, and my winter time treat! They also happened to have 12 packages of Emergen-C packaged for $0.99. I bought 2 packages but should have bought more. At the bulk food store, I spent $19.65. 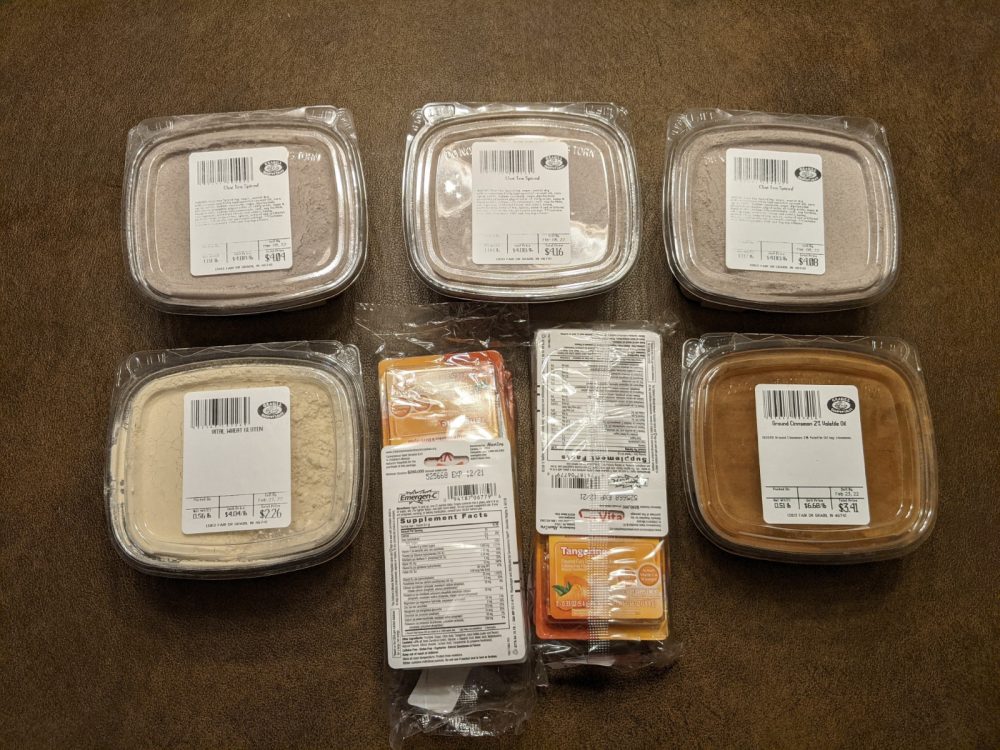 Occasionally, Amazon runs good deals on pantry items. This month, I got 5 pounds of Quaker quick oats for $4.49 – which is cheaper than Aldi or Walmart generic! My Boston contact solution also ended up being on a small sale and was $0.50 cheaper than Walmart. It was a 2 pack that I ordered so I saved a $1. It just goes to show that deals can be found anywhere – when you look!

I’m pleased that I stayed under budget again this month. I’m going to try and stick to my $425 budget in March (because I like a challenge) but I’ll add it in if I need to because all 4 of our kids have birthdays in March. We’ll see how I do! Caleb is the only one getting a birthday party this year…because he’s 1. I can’t believe he’s turning 1 this week! How did the past year go by so quickly?

So you can see what we were eating, even with not shopping as much, here are our February menus. I know some of you have said that would help you see what we eat on our budget. We eat meat most meals. Frozen veggies and fresh fruit are often served as my simple sides. I try to work in leftovers once a week so food doesn’t get wasted. My husband and I often eat leftovers for lunch as well.

My kids love nachos so that is an easy weekend meal. Same with popcorn. My kids absolutely love popcorn and it is amazing how much popcorn they can eat! It’s an easy and frugal meal so we go with it sometimes. 🙂 I’ve included recipe links when applicable.

Do you  have any recipes that tend to appear regularly in your menus? I’m a huge fan of simple meal plans…and have a meal planning project that I will share with you soon!

So, it was a short month and we definitely stayed under budget! That is a hidden benefit to having a car at the mechanics. The less you shop, the more you can save! How did you do budget wise this month?

I’m gearing up for the wonderful whirlwind that is our March. By the end of the month, we will have a 1, 3, 5 and 7 year old! They are all excited about their birthdays – regularly making plans about their birthday cakes. Stay tuned for my new favorite cream cheese frosting recipe!

Are you ready for March…and hopefully Spring like weather? 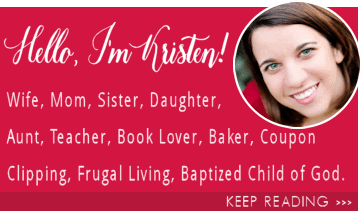 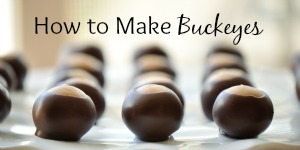 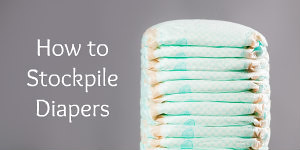 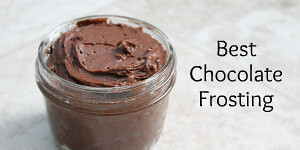 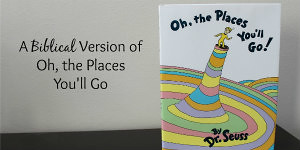 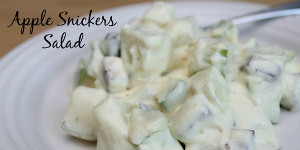 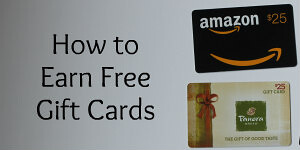 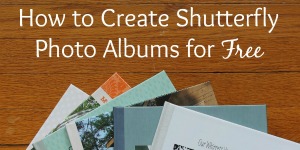